See my latest news from the Facebook feed without leaving this page :)

Observing both #internationalworkersday and #cincodemayo this week, with a #spotlight on this amazing farmer by Maestro #tomasbaez of #IzucardeMatamoros in #Puebla. This is your friendly annual reminder that in remembering #TheBattleofPuebla, we should be mindful that this day is not just an excuse to get drunk, but rather represents the power of people to #Resist and liberate themselves from foreign #aggression and #repression #againstallodds. I also remind you that this work of mine is possible because of my late husband's #iatselocal489 #iatselocal3 and #SAGAFTRA #UnionBenefits I honor and stand in #solidarity with #Workers everywhere and I pray that one day all will be treated with respect, dignity and fairness. We still have such a long way to go. 👊🤝🙌 ... See MoreSee Less

You have the chance to win one of two special things from me as well as many other wonderful prizes from CLAS Festival Sponsors! ... See MoreSee Less

When this happens, it's usually because the owner only shared it with a small group of people, changed who can see it or it's been deleted.
View on Facebook
·Share

I’m featuring this wonderful monkey parent by Armando Jiménez Aragón and Antonia Carrillo Hernández to send love to all of the fathers whom we will honor tomorrow: those of our past, present and future. I’ve activated the shopping cart on the new improved website at last, in celebration of the completion of 61 individual pages of woodcarvings. Still so much work to do here, and many, many categories to go, but it’s a beginning. It would not have been possible without the devoted help of my sister Diana DiGioia, my bestest best friend forever.

Holiday season is upon us in earnest, and so I’ve scheduled two days of jewelry shopping opps for you! I’ll bring a little bit of everything to the upper room at La Palapa this coming Sunday December 2nd and Saturday December 8th, from 3:00  to 8:00 PM both days. You’re sure to find something wonderful! Before, during or afterwards, you can enjoy some lunch, dinner, snacks and/or drinks. If you have special requests, feel free to call or message me. 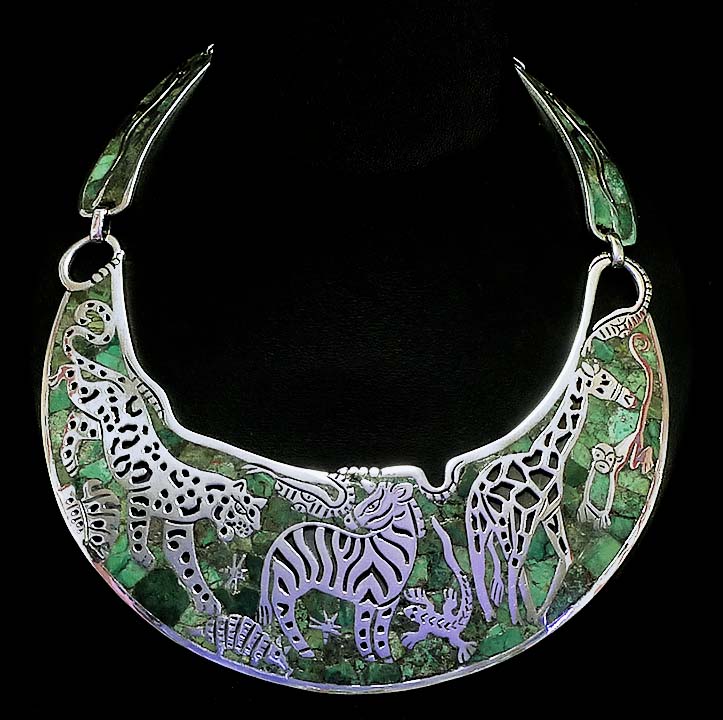 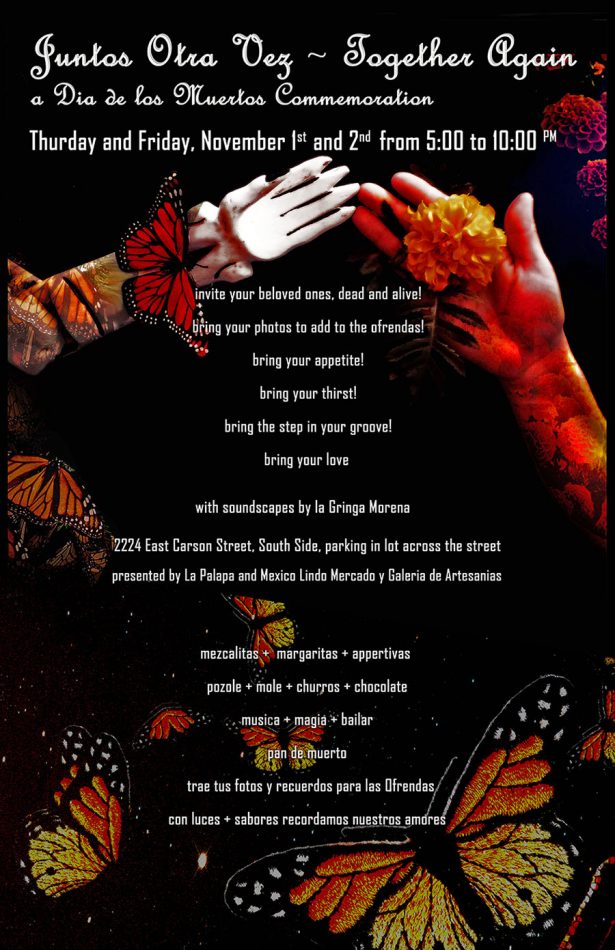 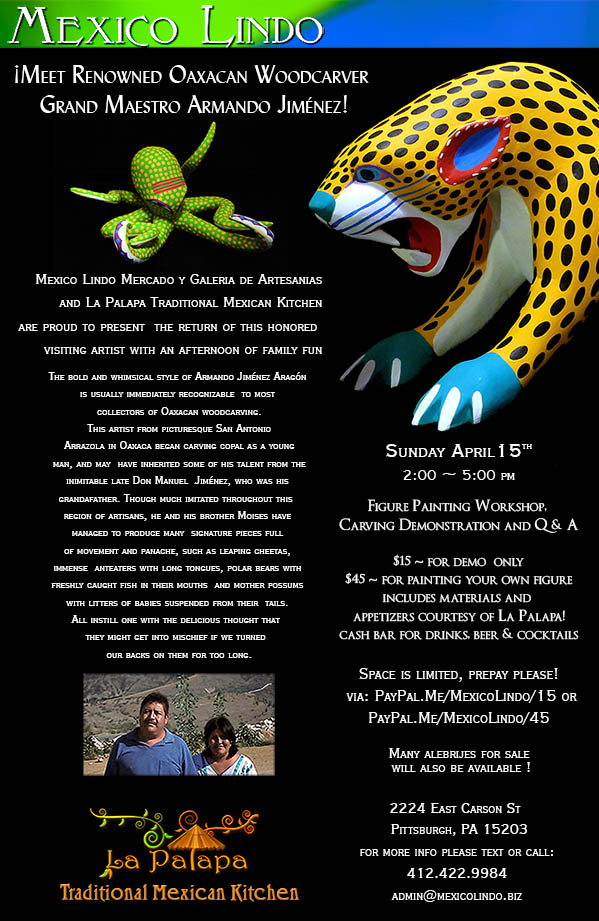 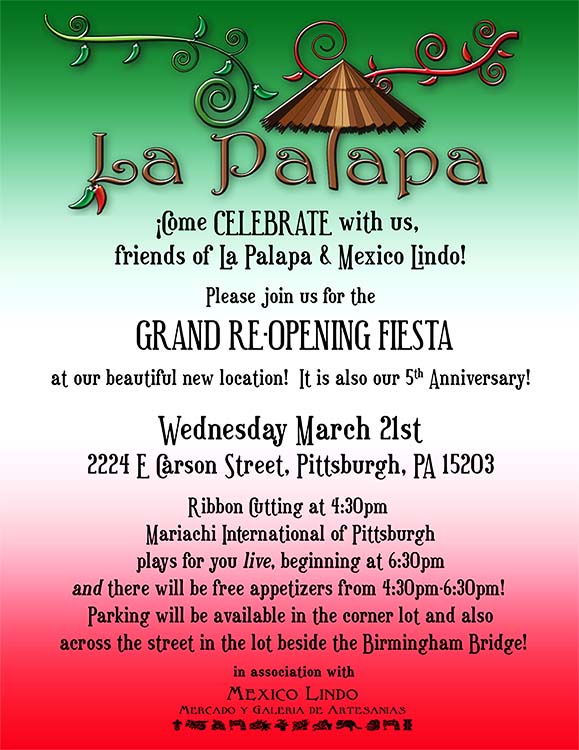 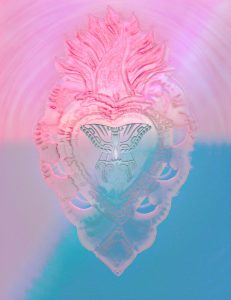 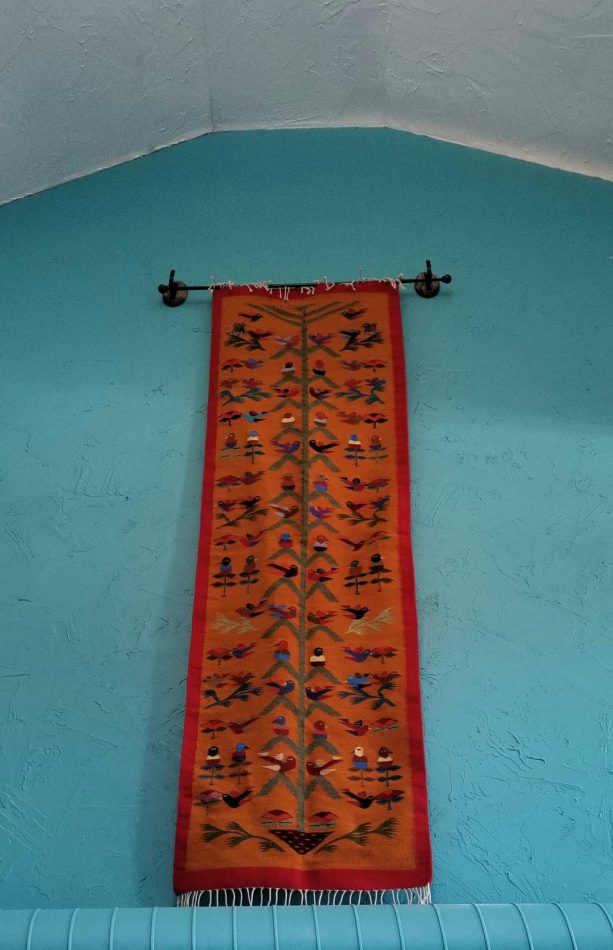 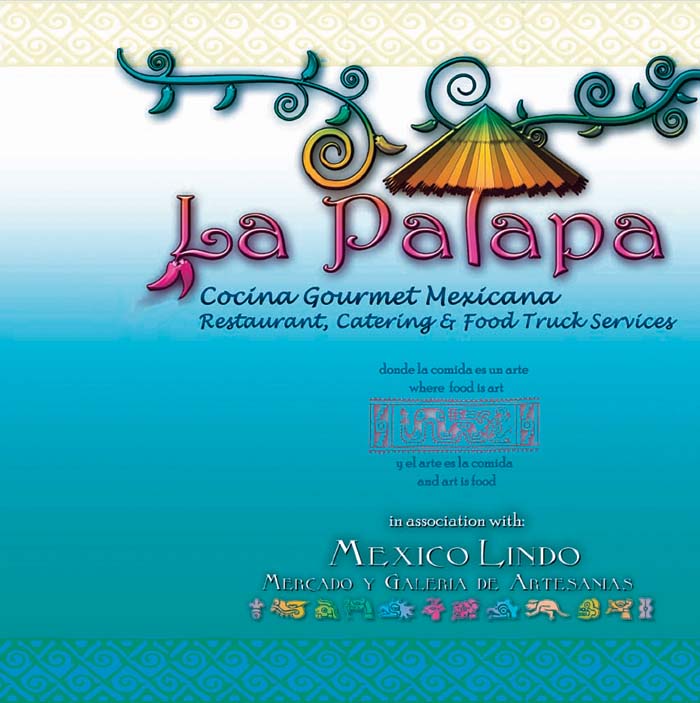