The ofrendas for 2013 were different than any others that have come before them, for reasons obvious to most (the deaths of my husband Jean-Pierre, my father in law Hugo and our dog Adelita, all in the space of months) and in the underlying structure used. Jean-Pierre and I had been wanting to replace the old structure (as beloved as it was it was becoming a bit dilapidated!), with a step pyramid for a few years but he never had the time to finish building it for me. It was completed by Jeffrey Husser, one of his best friends and an experienced theatrical set technician, who reconstructed it, and afterwards I painted and textured and lit it (*see slide show below). Ordinarily my large ofrenda was covered with many more marigolds and monarchs, but this year I wanted a more spare look to match my own moods at that time. I also wanted people to be able to see the structure of the pyramid for the first time. The two extraordinary portraits of these two equally extraordinary men also needed no elaborate embellishment in the form of added yellows and oranges that the monarchs and marigolds would have added. The esteemed and famous muralist from Tlaxcala, Desiderio Hernández Xochitiotzin was a lifelong compadre of my father in law Hugo Nutini and the painter of his portrait. The almost-as-long friendship between Jean-Pierre and artist Dennis Morton (a citizen of the world in more ways than one) is equally as storied. Both of these paintings keenly represent not only their subjects in every way, but also stand as testaments to an enduring love between them and the gifted artists that they were fortunate enough to call brothers. 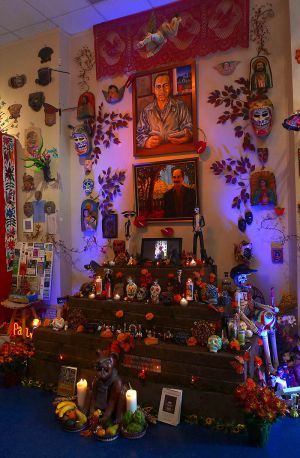 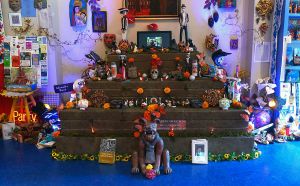 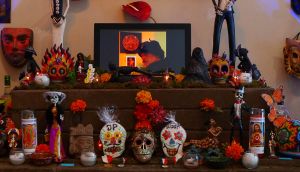 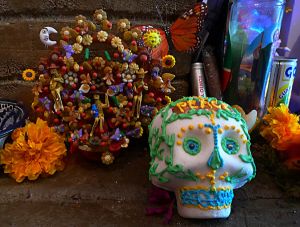 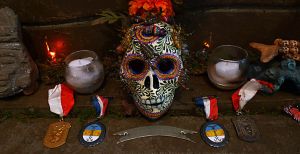 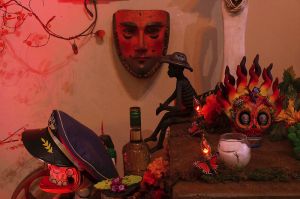 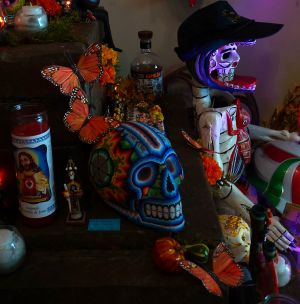 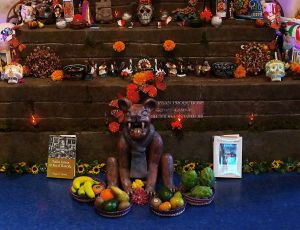 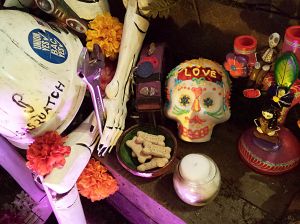 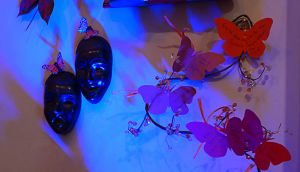 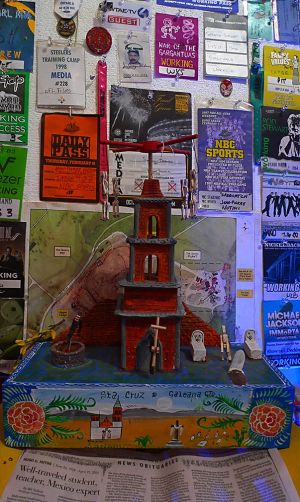 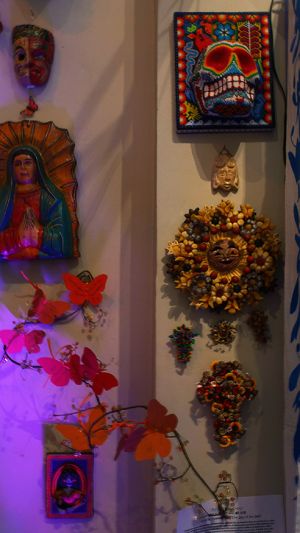 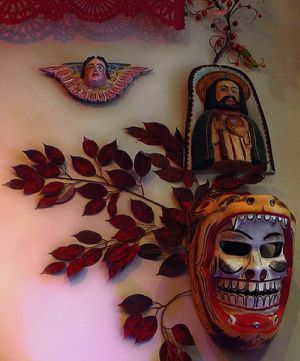 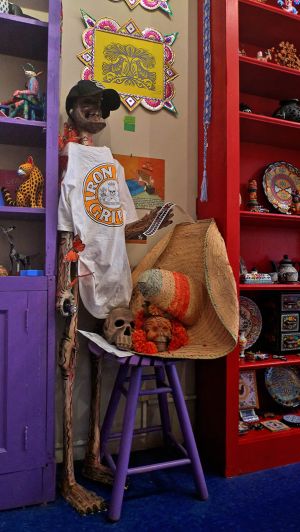 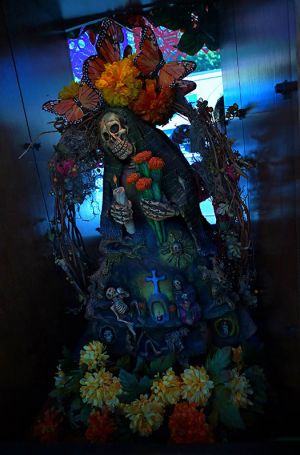 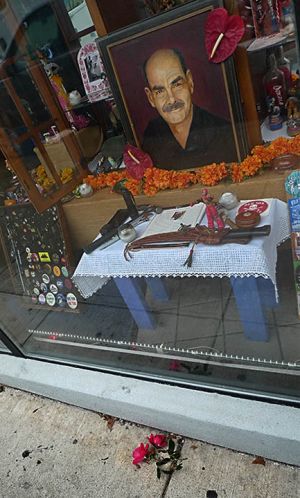 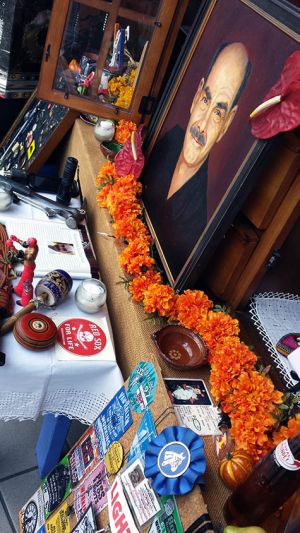 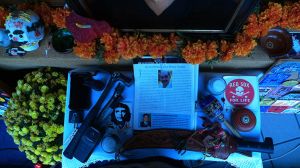 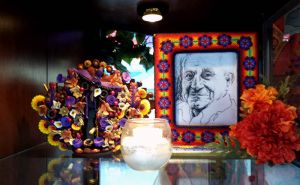 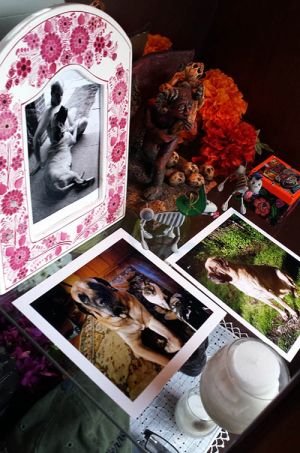 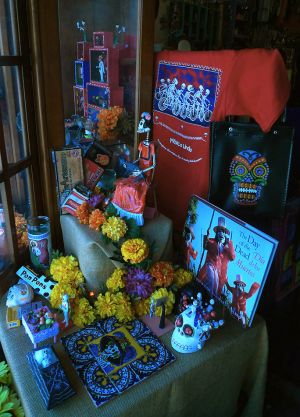 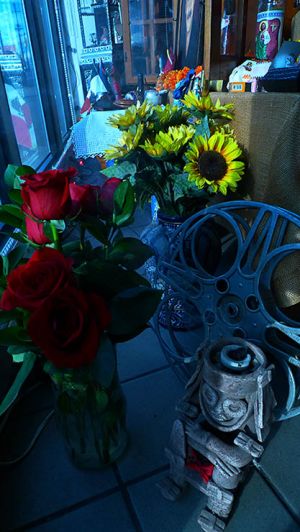 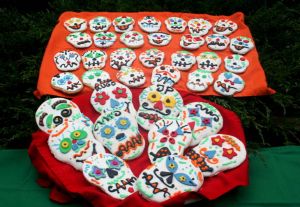 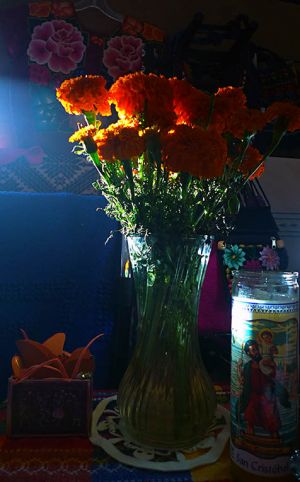